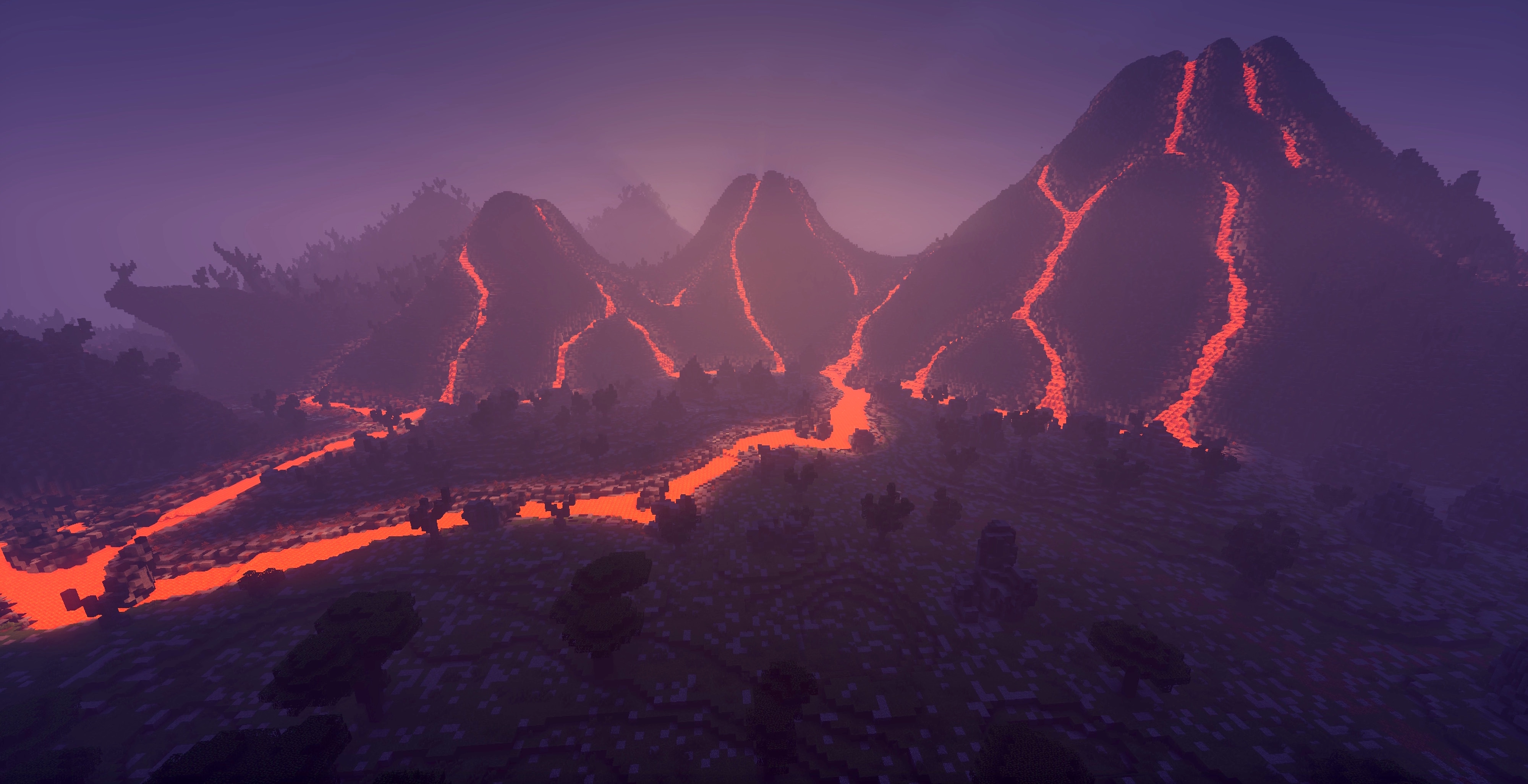 To sum up, our work during this summer was to develop the Resource-Pack, the gameplay systems, the cutscenes, the lore and the side quests. However as you can see the picture on the presentation, we have recently done a bit of terraforming. A new biome has therefore made his advent in Silberländ, volcanoes and aride land :

At the level of functional systems created and on the map, there is the system of cutscenes, Panorama, of reputation, Chronotons, shops, help from quests, death, bank, recycling of items and of course dialogues.
Later we will therefore have to still put in place of the big gameplay systems such as : the Dahäl, spells of evolution, the levels and the upgrade.
To illustrate, here an example of the help system of side quests (beware, you must know that everything is not finalize to 100 % at the level of the appearance and texture) :

« At this time that far removed, almost all didn’t know the use of the Dahäl. The appearance of the source of magic dating from shortly before the original cataclysm, the art of Dahäl was only perceived by his guardian : The Black Flame. It was a female dragon barely wrist twice bigger than Eternän, quadruped with sharp claws and dense feathers. »