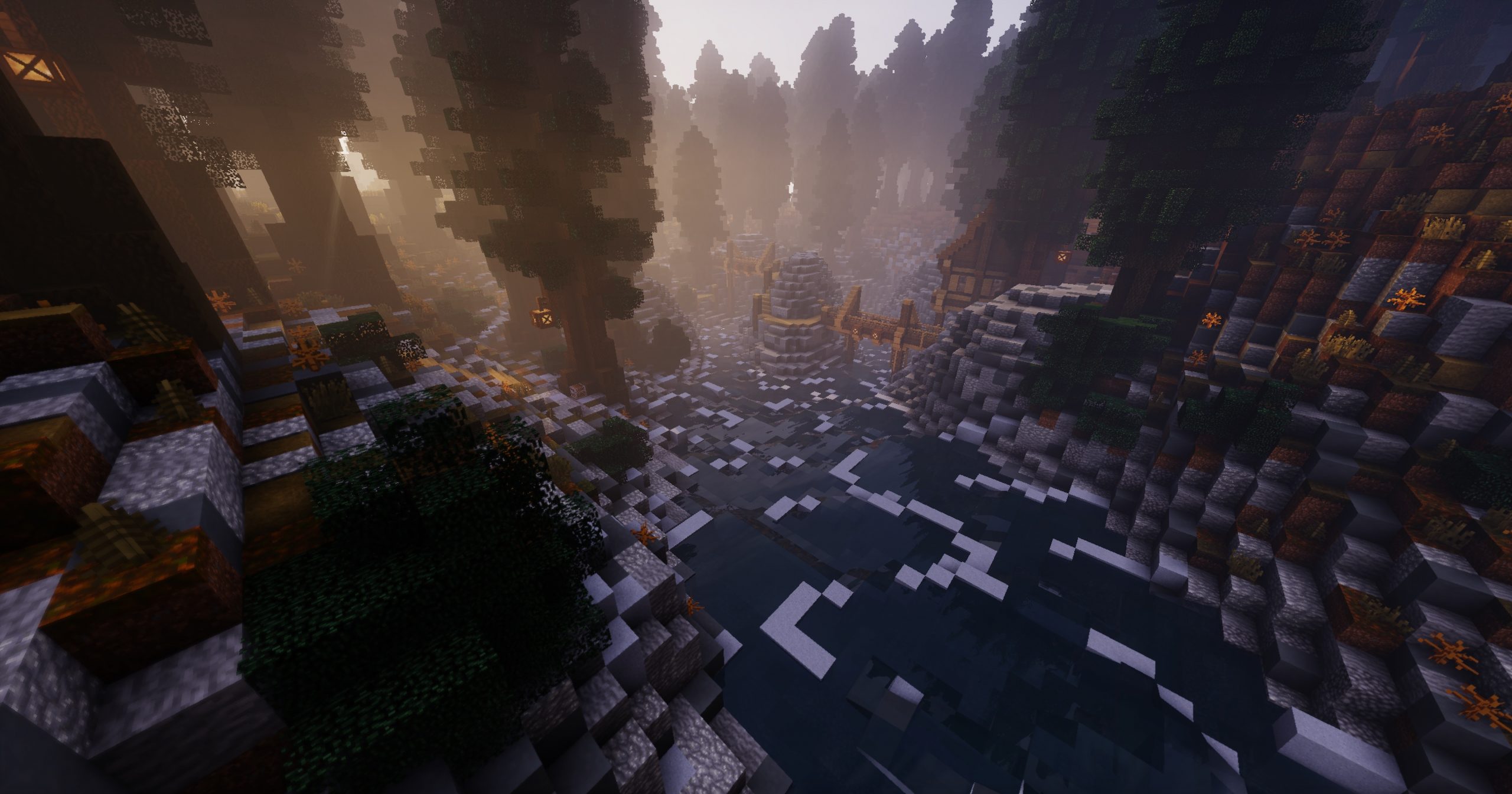 The summer, the sun and holidays end for many, and despite some inconveniences, we wanted to give you a progress report of Across The Time 2 in the last 4 months. The record of the work done is positive but it was marked by some bad news that we could do without.

Indeed to start this article we will talk about the evolution and some changes related to the map. Minecraft is a constantly evolving game, it changes more and more and the maps too. When we started to make adventures map 5 years ago, the command blocks made their first appearances.It was tedious at the time to make maps, there was a certain charm to use the redstone, but I quickly got the hands tied when we try to think big, especially when we’re alone.Finally I’m not going to do all the history of Minecraft, no matter what version you started to play, but as a mapmaker we usually adapt constantly to new versions of Minecraft despite the extra work.

It is especially for a growing comfort and freedom for our maps, which we constantly choose to evolve. First of all, we have officially updated the map to version 1.12 of Minecraft. We share the first results of the work done with the 1.12 : the advancements! Yes, the first great novelty of the 1.12 we use is the custom advancements.
During your adventure in Across The Time 2 you will be accompanied by more than secondary objectives whose display is directly linked to the game in the menu.
This will allow you not only to have extra rewards but also to be able to follow your progress of the story very easily, and for those who aim to complete everything and unlock secrets they will have the availability to complete many groups of advancements (adventure, travel , history, fights, etc… see the photo representing the display of a few advancements available on the map (there will be a lot more when the map comes out).

But it’s not over for update! Some of you are surely aware that Mojang continues to evolve their game, and this is where good news accompanied by a bad one came by surprise. The new version of Minecraft 1.13 is going to be major as far as the game is concerned, because they redesigned it to a great extent.

They re-texture all the blocks of the game, but as we have our own resource-pack that does not concern us.
But, the things that interest us in particular are changes at the level of commands_blocks, and then it gets more complicated!…
Dinnerbone, one of the developer of Mojang is reshaping all the commands of the game. We quite rightly said: ALL! In the reddit link we share here, he informs us about the changes that will be made at the commands levels in 1.13.

This is good news in part because he says that commands and functions will be more effective and powerful. This will mean much more opportunity and less lags in which our systems are truly becoming important.
But the mapmaker will soon understand that the 1.13 will be a horror to update their map. And in particular our Team, we have a huge adventure map as it rarely exists, started 2 years ago and which have dozens of thousands commands blocks…
We spare you the details about the changes to be made, this goes from deleting the ID, to more or less complex changes in simple commands even such as /setblock or /fill for example.

In short, huge changes are in sight and despite these negative points we have decided that we will move to 1.13.
We are therefore going to review the progress made at the level of commands block, so don’t be surprised if the percentage has fallen on our official site. Delays were in any case expected, but at this point we didn’t think.
If we seem to justify something it is that, actually every shift of the time of development of the map increase and that is why we also need time to finish Across The Time 2, but you will see the difference with the old map, it’s finally a very good price to pay to exploit all the tools we have and do what we always wanted to do : a RPG game in Minecraft Vanilla.

And to prove our motivation, we will now show you the real progress made in the map in recent months.

– The news features of resource pack are substantial (weapons, blocks, items, 3D textures …), here are some pictures to show you.

– Some constructions which here is a first snapshot representing a torrent in Silberländ high mountains down to the forest of Saquoï.

– Also work on Lore continues, Thundesrtruck writes for his part stories happening in the universe of Across The Time. Here is a very small example of the Bilgart dimension with a photo of a Golem from Bilgart!

“In the aftermath of the creation of the kingdom of Tellurön, there were other dimensions. The size of Bilgart, formerly known as 5th reality, was created just after Tellurön by a God with minimal power compared to those of other gods like Môt or Gaya. His name was agart, the sparkling green. By these powers he gave shape to his kingdom. Agart then created great golems of stone, because his universe was devoid of water and organic life could not survive.“

– And finally to finish the last dimension on which we are currently working : Ouranos!

A dimension that you have already traveled during your trip in Across The Time, however here the trip will be greatly improved, you will guessed what it is but you will have to fight to get it ^^.
This dimension will have a very original feature : the top and the bottom meet! An abyssal vision will give you an impression of immensity and you will understand that in this apparent paradise, to move forward, you will have to see differently than on Tellurön.
Here is a snapshot of the village of Ouranos (and you will notice again the efforts made on the textures) :

Technically we were able to solve lags problem related to this dimension. Indeed in Across The Time the surface of the clouds were made of 2 different blocks of which one was transparent which made loaded enormous surface for each block and overloaded the map. We thought it was related to loading the shadows, but not! Now we use a single block of glasses change in resource pack to make the clouds.

As you can see, the map continues to progress well and despite the expected delays, we think we are now about at 65% of ending of Across The Time 2 – Time For Regrets.
We finally decided to give a date of release BETA of the map at the end of 2018.

We thank you again for those who follow us and support us, and we hope that you will remain patient until next year.